Showing posts from November, 2020
Show All

November 22, 2020
ideology  (noun) 1. the body of doctrine, myth, belief, etc., that guides an individual, social movement, institution, class, or large group. 2. such a body of doctrine, myth, etc., with reference to some political and social plan, as that of fascism, along with the devices for putting it into operation. 3. in philosophy, the study of the nature and origin of ideas.a system that derives ideas exclusively from sensation. 4. theorizing of a visionary or impractical nature. ( Random House Unabridged Dictionary )   In Ideology: An Introduction , Terry Eagleton describes ideology as follows:    A dominant power may legitimate itself promoting beliefs and values congenial to it; naturalizing and universalizing such beliefs so as to render them self-evident and apparently inevitable; denigrating ideas which might challenge it; excluding rival forms of thought, perhaps by some unspoken but systematic logic; and obscuring social reality in ways convenient
Post a comment
Read more

November 14, 2020
intertextuality (noun) a term coined by Julia Kristeva to designate the various relationships that a given text may have with other texts. These intertextual relationships include anagram, allusion, adaptation, translation, parody, pastiche, imitation and other kinds of transformation. In the literary theories of structuralism and post-structuralism, texts are seen to refer to other texts (or to themselves as texts) rather than to external reality. The term intertext has been used variously for a text drawing on other texts, for a text thus drawn upon, and for the relationship between both. ( Concise Oxford Dictionary of Literary Terms ) In Intertextuality , Graham Allen describes "intertextuality" in the opening of the book this way: The idea that when we read a work of literature we are seeking to find a meaning which lies inside that work seems completely commonsensical. Literary texts possess meaning; readers extract that meaning from them. We call the process
Post a comment
Read more 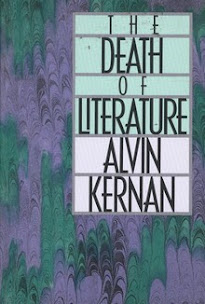 From English to comparative literature Equipped with a collection of degrees in English language and literature, for two decades, I taught, researched and published in a field called "comparative literature."  As near as I can judge, the discipline got its English name in the early 20th century from a faulty translation of the French expression " littérature comparée ."  The literature which comparativists study isn't comparative in any meaningful sense.   It would make some sense to call the subject "compared literatures" (a literal translation of " littératures comparées ") or, even more obviously and aptly, "comparative studies of literature." However, we specialists learned to succumb and accept the terminology that got us tenure without a whimper until some first-year undergraduate asked us "what exactly does 'comparative literature' mean?" Then we mumbled and grumbled about students who hadn't done enough
Post a comment
Read more
More posts