“Let’s End the Myth that PhDs Are Only Suited for the Ivory Tower.” Really! Why?

“Let’s End the Myth that PhDs Are Only Suited for the Ivory Tower.”  This was the headline for an opinion piece in the Globe and Mail written by Queen’s University’s Dean of Graduate Studies.  The article reminded me of meetings our tiny caucus of English teachers used to  have once or twice a year with our faculty’s Dean.  Invariably, at some point in the meeting, the Dean would turn to my colleague who was responsible for our section’s graduate programs and ask:  “How many new admissions do you have for next semester?” 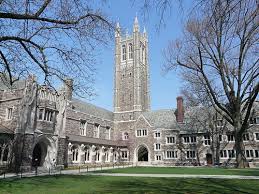 Everyone in the room knew, with the possible exception of the Dean (and I suspect he may have known as well) that, at this point, we had two or maybe three new admissions.   Invariably my colleague would look surprised and begin to shuffle papers.  Having briefly occupied his position before he did, I had a rough idea of the bafflegab he was preparing to deliver, but I was never as good or practised at it as he was.

“Well,” he would begin, “in order to give the most up-to-date numbers I would have to include the inquiries that the secretary passed on today. With those six, and two students from France who emailed, and of course we have identified eight of our own BA students, and two MAs, as well as the returning students, and that’s right, Theresa Somebody, a really excellent candidate will be coming in as soon as she gets confirmation of her funding request . . . .”

Thanks to the miracle of my colleague’s loaves-and-fishes rhetoric,  the Dean could claim that our two new admissions appeared to be somewhere in the neighbourhood of twenty-two.  As long as no-one insisted on knowing accurate numbers, we all had plausible deniability when, next semester, our graduate seminars turned out to be the size of tutorials.

The “Let’s End the Myth” piece in the Globe is an extension of the same desperate smoke-screen rhetoric designed to dissuade anyone from asking for accurate numbers.

Before we get to the big question, we should stop to consider that—at best—only 50% of people who start a PhD in the humanities actually finish.  The average length of time to complete a PhD is seven years, the mode is ten.  Of the lucky 50%, how many, after five, seven, or ten years of hard work and study, get the tenure-track university positions which at least 86% of them have declared they covet?   And the answer is . . . wait for it . . . we don’t know!

How can we not know something as basic as how many PhDs get tenured jobs?  Just like my colleague who had to hide the fact that we only had two new students, universities in general have to hide the dismal outcomes for PhDs.  To reveal the numbers would put courses, programs, prestige, credibility, funding and ultimately positions at risk.

What do we know?  According to the available statistics, which are somewhat out of date (from 2011) and optimistically inaccurate, 18.6% of PhD graduates got full-time teaching positions in universities.  “Full time” does not mean permanent.  Crunch those numbers!  You start with 100 PhD students, at best only 50 of them complete the hard, five-to-ten-year slog and successfully complete the degree.  Of those 50 successful PhDs we don’t know exactly how many but we do know that fewer than nine (9 of the original 100) got the tenure-track university jobs which, for the great majority of them, were the goal of the PhD in the first place.

Given these depressing outcomes, you might imagine that universities are working hard to increase the number of tenure-track positions or downsize doctoral programs or a bit of both.  On the contrary, from everything I have read, the dominant priority of universities is still to maintain or increase PhD enrolments while hiring small armies of underpaid and underprivileged adjuncts, sessional and part-time lecturers to do most of the teaching.  Why? You might well ask.

Crudely put, screwing over PhDs has for decades been the national sport of academia.  For the university as well as individual departments and programs, the PhD student is a cash cow for government funding.  Additionally, PhDs are still a mark of prestige.  Universities identify themselves as either PhD-granting (one of the big boys) or non-PhD granting (not so big) institutions.  Individual professors applying for research grants will have their prospects vastly enhanced if they can point to PhD candidates who will serve as their research assistants.  The lucky professorial few who win the grant money can use it to travel to conferences in Miami, Mexico and Honolulu, while the bull work of their research projects is carry out by their minimum-wage PhD research assistants.

Despite the foggy and evasive arguments that universities might put out suggesting that the problems and the solutions are incredibly complicated—they aren’t.  The solution isn't for MacDonald's or Rogers or Walmart to hire more PhDs.  The PhD has to be the minimum requirement for teaching in a university (with rare, obvious and fully justified exceptions) and for any other significant position within the university hierarchy for that matter.  Any PhD holder who is teaching at a university should automatically qualify for tenure.  The ballooning administrative and support budgets of universities need to be transferred to pedagogical objectives.

As I pointed out in an earlier post “universities have a vertical monopoly, being both the exclusive producers and major employers of PhDs.”  It’s time universities began to acknowledge and correct their abuse of this monopoly.

Creedence heard it through the grapevine!