Showing posts with the label US Sates Attorney
Show All

The Chaos Theory of International Trade, or How Canada Arrested a Chinese Executive on a US Warrant in Order to Protect Israel from Iran 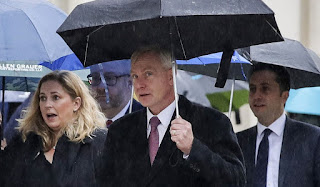 I heard it from every economics professor I ever had, at both Oregon and Stanford, and everything I saw and read thereafter backed it up. International trade always, always benefits both trading nations. Another thing I often heard from those same professors was the old maxim: “When goods don’t pass international borders, soldiers will.” Though I’ve been known to call business war without bullets, it’s actually a wonderful bulwark against war. Trade is the path of coexistence, cooperation. Peace feeds on prosperity.

A Few FactsHuawei holds 4% of the cellphone market in Israel. In the UK, which is a member of the Five Eyes intelligence alliance, Huawei has 14% of the market.  Huawei Canada is a major contributor to Canadian business and research.  These facts matter.
Why Conspiracy Theories ExistReading about the arrest of Huawei’s CFO Sabrina Meng Wanzhou, who is also the daughter of the compa…
1 comment
Read more
More posts