Every Property Has a Price

Whenever I think of "a property," I imagine a couple of wooded acres by a lake.  By definition, an "intellectual property" is a creation of the human mind.  Can a thought be a property?  According to Mark Carney in his tome, Values: "The value of intangible capital (like software and intellectual property) now dwarfs that of physical capital (like factories and real property)."  Value, as Carney reports disapprovingly,  in our capitalist, market-driven society comes down to price which, in turn, means money. 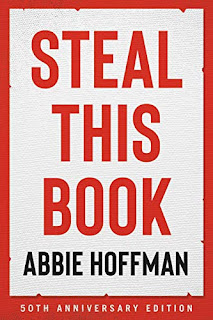 Michael Jackson's net worth has increased dramatically since his death nine years ago.  Managing the finances of dead celebrities is a very lucrative business.  We might like to imagine when we hear the expression "intellectual property" that the artist, inventor or scientist is being protected and getting the full financial reward of her brilliant idea, but history shows this is seldom the case.  Michael Jackson may have enjoyed abundant financial reward for his work but, even in his case, when we look at whose brain created the "intellectual property" and whose bank account ended up with most of the money, they are rarely the same person.

We might imagine that this financial "injustice" (more an incongruity or asymmetry, actually) is a modern malaise but it runs throughout history.  "Render unto Caesar what is Ceasar's, and unto God what is God's."  The people who make money are the people in the money-making business.  (See The Truth About Money.) The principle is as old as recorded human history, though it may have become exaggerated in recent times.

You might think that Shakespeare got rich from writing plays, but he made his money by being a stage manager, a part-time actor, a co-owner of the Globe Theatre, a share-holder in the theatre company, and from some shrewd real-estate investments.  (Shakespeare never gave up his "day jobs.")   John Heminges and Henry Condell made money on Shakespeare's plays by publishing the folio edition of the collected works, seven years after Shakespeare's death.  (That publication is why Shakespeare is so widely known and studied today.)

How Newton Made Money

The history of science, physics and mathematics was forever changed by the Philosophiæ Naturalis Principia Mathematica, but Isaac Newton had been unable to have his manuscript published.  Edmund Hailey paid for the publication out of his own pocket and was never financially reimbursed.  The Royal Society, responsible for scientific publications, compensated Hailey with unsold copies of their recently published Encyclopedia of Fish.  Of course, Newton eventually made money.  He wasted a lot of time as an alchemist trying to turn lead into gold, then he became Master of the Royal Mint.  (There's a pun in there somewhere.)  His financial gain did not approach a nano of the value of his "intellectual property."

Insulin Then and Now

The Canadian doctor Frederick Banting and his colleagues sold the patent for insulin for $1.  In the USA today, a single vial of insulin costs between $175 and $300.  Research any major medical breakthrough you can think of; invariably, someone discovered something, and someone else made a lot of money from the discovery.  Some people are good at making things and some people are good at making money.

Exceptions Which Prove the Rule

We are all aware of the apparent exceptions to the rule:  Bill Gates, Steve Jobs, and Elon Musk.  In Isaacson's biography of Steve Jobs, Jobs is quoted describing Gates, disparagingly, as "a businessman."  In my reading of the same biography, I came away with the impression that Steve Wozniak was the creator of the "intellectual property" that became Apple.  Elon Musk may be the only true exception to prove the rule.  I wonder if it's prophetic that he named his company after Nikola Tesla the brilliant inventor who died in poverty.

The romantic cliché of writers and painters living in poverty is so well established that we tend to view affluent artists with suspicion.  The general rule is that artists are either born with money, marry money, live in constant financial distress, or a roller-coaster combination of the three.  Even though what they produce might end up being worth millions.

When we talk about the theft of intellectual property, what exactly are we talking about?  My cynical self says we are talking about stealing money from the people who make money from somebody else's intellectual property, like robbing thieves.   This attitude is completely wrong.  Artists need patrons, supporters, gallerists, publicists, and publishers--someone who believes in their work.  Picasso had Gertrude Stein, van Gogh had his brother Theo, James Joyce had Harriet Shaw Weaver, Tom Wolfe had Maxwell Perkins.  Only the lucky few profit financially in their lifetimes.

The point is a simple one and well established in copyright law:  inventorship (or authorship) isn't ownership.  Owners make money if there is money to be made.  Consider yourself lucky if someone thinks your "intellectual property" is worth owning.   You are among the very rare few if you are the author and the owner and manage to make money.

The Stanford Encyclopedia of Philosophy breaks down "intellectual property" into copyrights, patents, trade secrets, and trademarks.  The Encyclopedia solves the problem of stealing a thought by pointing out that "Typically, rights do not surround the abstract non-physical entity; rather, intellectual property rights surround the control of physical manifestations or expressions of ideas."

[ . . .] rights only extend over the actual concrete expression and the derivatives of the expression—not to the abstract ideas themselves. For example, Einstein’s Theory of Relativity, as expressed in various articles and publications, is not protected under copyright law. Someone else may read these publications and express the theory in her own words and even receive a copyright for her particular expression.

Copyright is probably the most familiar form of "intellectual property" and plagiarism is the commonly understood theft of a copyright. The "intellectual property" I am most familiar with--the 20-page, peer-reviewed article in an academic journal--tends to get lost in a grey, copyright wasteland. Researching online I once discovered work I had published advertised (falsely, I'm afraid) as "a top article in the field," then realized I would have to pay a subscription fee to a database company to access my own work. I, like most academics I imagine, don't give much thought to monetizing publications. Aside from tenure and promotion, the reward is just being read and the vague feeling of promulgating knowledge. Teachers, in general, freely share their "intellectual property" every working day of their careers.

Plagiarism in the arts and academia is a very challenging accusation to prove.  (Forgery is, of course, a very different crime.) Early in his career, Shakespeare was accused of plagiarism.  Some readers might be surprised to realize that virtually every play Shakespeare wrote was adapted from an earlier story.  "Romeo and Juliet"  had been published twice before Shakespeare wrote his play version.  (See Why Did Shakespeare Make Juliet Thirteen Years Old?)  T.S. Eliot was particularly critical of Shakespeare's Hamlet, in part, because there had been two earlier Hamlets before Shakespeare wrote his.  (See Holding a Mirror up to Hamlet.)  After 350 years, the controversy continues over who first invented that form of mathematics called calculus--Newton or Liebnitz.

These days, when we hear of the "theft of intellectual property," it is most often Western media reporting on China.  The expression "efficiency infringement" is currently being used to describe large American companies overstepping someone's patent.  Of 143 recent press releases on the FBI website related to "Intellectual Property Theft" about 30 mention China or Chinese nationals.

"Trade secrets" are the broadest and least clearly defined category of intellectual property.  They can include computer code, lab results, or a company's negotiating strategy.  Despite being "secret," they come with some of the biggest price tags and consequences.  "Chinese National Sentenced for Stealing Trade Secrets Worth $1 Billion" is a typical headline from the FBI website:  "A former associate scientist was sentenced to 24 months in federal prison in federal court today for stealing proprietary information worth more than $1 billion from his employer, a U.S. petroleum company."

The details of the case seem oddly mundane:

According to the plea agreement, [Hongjin] Tan used a thumb drive to copy hundreds of files containing the proprietary information on Dec. 11, 2018. He subsequently turned in his resignation and was escorted from the premises on Dec. 12, 2018. Later that day, he returned the thumb drive, claiming that he had forgotten to do so before leaving his employer’s property. Upon examination, it was discovered that there was unallocated space on the thumb drive, indicating five documents had previously been deleted. Investigators with the FBI searched Tan’s premises and found an external hard drive. They discovered that the same five missing files from the thumb drive had been downloaded to the hard drive. Tan maintained the files on a hard drive so he could access the data at a later date. Further accessing the material would have been financially advantageous for Tan but caused significant financial damage to his Oklahoma employer.

It whets my curiosity to know how five Oklahoma oil company computer files could be worth a billion dollars.

a global system for intercepting communications, probably known as Echelon, indeed existed and was managed on the basis of a secret agreement (the UKUSA agreement) between five countries, the USA (as lead partner), the UK, Canada, Australia and New Zealand.

According to The ECHELON Affair, based on the Smid Report:

"Our political and military allies are also our economic rivals and the ability of an economic rival to create, win or control markets in the future has security implications for the United States."

According to the World Intellectual Property Indicators 2018, in both 2016 and 2017, China filed more than twice as many patents as the USA.  It is odd that the country which has filed the most patents globally is also the country accused of being cavalier about the theft of intellectual property.  In Has China Won?, Mahbubani claims that, contrary to Western impressions, provinces, officials, and even individual companies in China operate with long-established habits of independence.  He argues that it has been a mistake for the central government to allow American businesses, which are the greatest supporters of China in the West, to be mistreated by lower levels of government and business.

As we reflect upon "intellectual property theft," it's worth keeping in mind that most of the time we are talking about money.  As long as the USA is the country which prints (or digitalizes) the global reserve currency, Americans don't really need to worry about money.  However, at stake is global hegemony.  We in the West, especially close allies like Canada, quite logically, might be more comfortable with the familiar, democratic, capitalist USA as the global hegemon. Mahbubani repeatedly emphasizes that in the USA-China geopolitical contest, both countries should step back and determine what is in the best interests of their populations.  Money and hegemony aside, collaboration and the sharing of intellectual property would seem to be in the best interest of the people of both countries, not to mention the rest of the world on the sidelines.  Unfortunately, the possibility of cooperation in science, medicine, economics, infrastructure, culture, and technology for mutual, even universal, benefit is retreating further into distant obscurity on a daily basis.