How the World Ends

"This is the way the world ends
Not with a bang but with a whimper."

The world will end.  The only questions are how and when.  On average, the earth is struck by an asteroid big enough to reshape if not devastate the planet every 100 million years.  The last major impact was 66 million years ago.  You might want to keep an eye on the sky for the next 34 million years or so.  Sudbury was hit nearly 2 billion years ago, so maybe we in Ontario, Canada, will be spared next time.

Even if you are one of those people who believe that the speck of space dust we all live on, and everything else, was created by a fair-skinned old man with a long beard who made us "in his image and likeness" (though vice versa seems more likely to me), you must still accept that his Angel of Death will eventually cut us down with his sickle and cast us into "the winepress of God's wrath." The Biblical Apocalypse does promise heaven for some, the endless euphoria of "being with God," which, I have to admit, sounds like a drug-induced coma to me.  Descriptions of hell are a lot more motivating.

The sun, which we depend upon for everything, will burn out someday.  However, before that happens  it will get hotter, making this planet uninhabitable in about a billion years.  However #2, before that happens we are scheduled for another ice age in 50 thousand years--which might be delayed by another 50 thousand years by the build-up of green-house gases in our atmosphere. Whether the prognosis is burning or freezing, we need to be looking for a new place to live.  So far, astrophysicists have their eyes on one of the moons of Jupiter.  Unfortunately, long term, our galaxy, the Milky Way, is predicted to collide with the Andromeda Galaxy in about 4 billion years.  Eventually, we'll have to look for a gated community in a more distant galaxy. 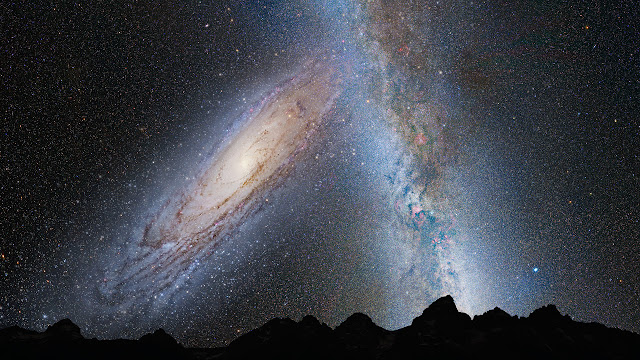 Based on data from the Hubble telescope this image of Andromeda colliding with the Milky Way was produced by NASA.  So much for Eliot's claim of the world ending "not with a bang."

Every year, in round numbers, 60 million people die on planet Earth.  As the mortality rate increases, with an aging population, and the birth rate declines, a zero global growth rate is being predicted.  Good news for the planet, but bad news for the stock market. Despite or rather because of the Corona-virus and the steps being taken to mitigate its impact, the morality rate for the year 2020 is likely to be lower than average.  With business, sport and entertainment venues closed, social distancing and heightened awareness of basic hygiene like hand washing, cases of Covid-19 will be reduced, and so will many of the other top causes of global mortality:  the flu, automobile accidents and tuberculosis.  Unfortunately, precautions against Corona-virus seem unlikely to affect the planet's 9th-leading cause of death, lack of clean drinking water, but we can anticipate a reduction in the number of airplane crashes and mass murders.

The response to the Covid-19 pandemic has belied the typical claims that we cannot solve global problems like man-made climate change, pollution, or poverty, or tuberculosis and malnutrition which are products of poverty.  The Covid-19 response has demonstrated what is possible when there is political will--and by "political will" I don't mean just the "will of politicians" but the will of the media, institutions, businesses, groups and all the way down the line to individual citizens' willingness to cooperate.  The response has demonstrated that we, as a species, are collectively better at avoiding self-annihilation than had previously been predicted. 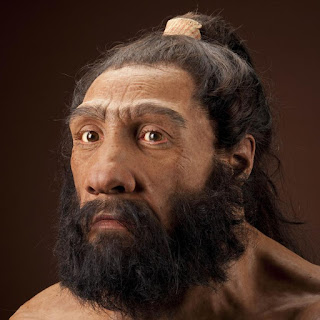 There is no word for killing a human species

I was struck to learn from Harari's Sapiens: A Brief History of Humankind that millennia ago there were numerous species of humans, and a hint that we may have done away with our siblings--including the Neanderthals who had bigger brains than we did.  Quick and brutal beats brainy and reflective, apparently. There are many words in the English language to categorize types of murder--genocide (a race or nation), omnicide (everyone) and xenocide (others)--but no word for killing a single human species.  Of all the ways the world might end, doing it to ourselves is obviously the worst--and has always seemed the most likely.

When I was ten, students at my elementary school were given instructions to crouch under their desks in the event of a nuclear attack.  A punch line to the instructions began to circulate that once in position to "kiss your ass goodbye."  In the small town where I grew up we even had a a super-loud siren to warn of an incoming nuclear-missile attack.  At the height of the Cold War, some genius decided it would be a good idea to test it.  I remember I was alone at the tennis courts where I was paid a healthy salary of 10 dollars a week to do the basic maintenance on three clay courts.  For about six and a half minutes, I believed the end of the world was imminent. I felt strangely calm.  I thought I should run home to be with my family.  Upon reflection I knew there was nobody home and our little A-frame house would provide no protection against a nuclear blast.  I just stood there until the siren stopped and the end of the world did not come.

Since that day, I have thought and assumed we would get better at avoiding self-destruction.  On the contrary, we humans seem endlessly creative in coming up with ways and reasons to kill each other and ourselves.  Religions, cultures, states, nations, identities, ideologies, wealth, power, and plain old short-term self-interest provide endless justifications for mutual destruction. 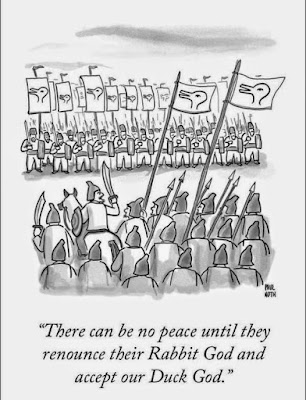 It has long been hypothesized that what the human race needed was a common enemy to unify us all.  Maybe this Corona-virus will do the trick and we will finally turn the corner away from planetary suicide.  To paraphrase the poet, Fernando Pessoa, we are on the cruise ship Earth without knowing its port of departure or its destination.  Our only certain obligation is to take care of one another.