Andrew Scheer has dual citizenship.  So what?

When I heard the "breaking news" that Andrew Scheer, leader of the Conservative Party, and potentially Canada's next Prime Minister in a couple of weeks from now, held dual citizenship, I thought, "big deal; so what?"  We're not like those Americans obsessed with national homogeneity:  obsessed with President Trump's (aka Drumpf) being German, or obsessed with President Obama's birth certificate and Kenyan father, or obsessed with presidential-hopeful Senator Ted Cruz being born in Canada.  We believe in the Canadian multicultural mosaic in contrast to the assimilation of the American melting pot. 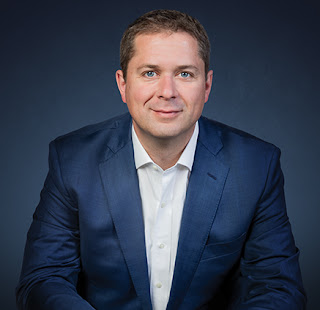 I disagree with Andrew Coyne who finds dual citizenship--not the blatant hypocrisy--to be the essence of the problem.  I would go so far as to claim that dual citizens are a net gain for Canada, making us a hub of international networks beneficial to our national interests in an increasingly interlinked, globalized planet.  However, it does give me pause to think that a man who could, in two weeks from now, be the Prime Minister of Canada is an American citizen.  The greatest leadership challenge of our next Prime Minister will be walking the fine line between the USA and China in our trade and diplomatic relations.  It is hard not to laugh at Scheer's ludicrous, hollow bravado claiming that Canada needs to "get tough with China."  The Chinese already have reason to believe that Canada only exists as a lackey branch-plant kowtowing to American interests.  Electing an American citizen as Prime Minister will make it that much harder to convince them otherwise.

In my previous post, on blackface, I wrote that "I have never found politicians calling one another hypocrites very convincing or meaningful."  There are degrees of hypocrisy.  Andrew Scheer seems out to prove himself the hypocrite of hypocrites, the stone-throwing king of glass houses. The Scheer unmitigated hypocrisy of criticizing the dual citizenship of Governor General Michaëlle Jean, Liberal leader Stephane Dion, and NDP Leader Thomas Mulcair--all the while holding dual citizenship himself--has been laid out in the mainstream media.

What has been less explicitly spelt out are the differences between Scheer's American citizenship and the French citizenship of Jean, Dion and Mulcair.  In the first place, as many of my dual-citizenship friends have pointed out, renouncing your American citizenship is much more difficult to do than you might imagine.  The USA is one of only two countries in the world which levy personal income tax on non-resident citizens.  This translates to the fact that Scheer would have had to file an American income tax statement every year.  Unlike most dual citizenships, where it is possible to be a dual citizen and rarely think about it, Scheer would have been reminded of his dual citizenship and decided to maintain it every year of his adult life.

Jean, Dion and Mulcair each explained clearly how and why they became dual citizens (always related to family issues) but Scheer has left the explanation murky by simply claiming his father was an American.  However, the fact that his father was an American living in Canada does not in itself explain how Scheer became an American.  Another step and process were necessary, and Scheer had to undertake the process and annually decided to maintain his American citizenship.  As we are stopping to consider how Scheer would do in negotiating with our US neighbours, while maintaining a Canadian identity and culture distinct from the American monolith, we might wonder at the fact that both his sisters are registered Republicans living in the USA.

Sarcasm is the lowest form of irony

Snippets of Scheer's 2005 blog criticizing Michaëlle Jean's dual French/Canadian citizenship have littered the media, but it is worthwhile to consider his entire text (6, 13 Aug. 2005) in context.  What dominates and characterizes Scheer's writing is sarcasm.  Sarcasm, as I've point out elsewhere, is the lowest form of irony.  Sarcasm transmits an attitude, usually of disdain, without any clear, explicit content.  It tends to be a dissembling, cowardly form of communication--pretending that you will be understood, but without taking responsibility for what you are saying.  It demands interpretation, but escapes interpretation because with sarcasm the dissembler never explicitly says what he means and can always deny whatever interpretation is given to his words. 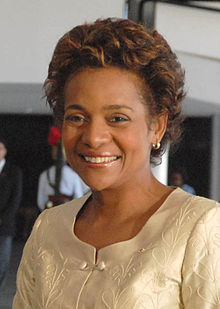 Scheer in his own words

Right, all of humanity is very excited that you've become Governor-General. I can just hear a collective gasp of amazment and happiness from hundreds of millions of people all over the globe who are now inspired because you are the new GG.
All that, and she's modest too.

How can a man who would have us believe that "blackface" is an important issue in this election be self-satisfied mocking a black woman who quite rightly acknowledges that a  woman of colour being named Canada's Governor General is a gesture that will be celebrated around the world?  Didn't most Canadians relish the brilliance of  Michaëlle Jean as our GG and the sea change happening in the world as she greeted President Barack Obama on the tarmac at the Ottawa Airport?

Maintaining his narrow-minded, short-sighted view, in his blog, Scheer goes on to mock the choice of Adrienne Clarkson, only the second woman, the first member of a visible minority and the first Chinese-Canadian ever to be named Governor General.  Scheer continues his mockery of  "Another CBC broadcaster."  Adding:  "If the Liberals aren't hiring journalists in the PMO or appointing them to the Senate, they're making them Governor-General."  (The Conservative Government in which Scheer was an MP would later appoint two journalists to the Senate:  Pamela Wallin and Mike Duffy--both of whom had worked for the CBC and became embroiled in the Canadian Senate expenses scandal.)

When does hypocrisy become outright deceit?

There is a point at which hypocrisy becomes outright deceit.  Scheer has certainly played on that point with his campaign mantra that "Justin Trudeau cannot be trusted."  Whenever Scheer has been questioned about why he has failed to reveal his dual citizenship, his response has been "No one has ever asked me."  Scheer became a Conservative Member of Parliament in 2004.  In 2006, when the Conservative Party was provoking a scandal over Stephane Dion's dual citizenship, the CBC launched an inquiry to determine how many Canadian MPs held dual citizenship.  CBC.ca reported that

Dion was criticized this week because of his reluctance to give up his French citizenship. He was born in Canada but holds dual citizenship because his mother was born in France.

The Parliament of Canada website shows that 41 of the 308 MPs sitting in the House of Commons were born in 28 countries other than Canada, ranging from Uganda and Malta to China and the United Kingdom.

Many of these MPs qualify for dual citizenship. That puts them in the ranks of the 691,300 people living in Canada who hold dual citizenships, according to the 2001 census.

CBC.ca called their offices to check on their current status and found that the following MPs hold dual citizenships: