The Poor Are Always with Us

“The poor are always with us.”  What a discouraging declaration!  More disturbing still, it is attributed to Jesus Christ.  Although the details vary from one gospel to another, Mary of Bethany (some say Mary Magdalene) was pouring expensive oil on Jesus’s feet (in some versions on his head) when his disciples complained  (some say Judas specifically) that the money could have been used to feed the poor.  (The Gospel of Matthew suggests that this incident is what caused Judas to betray Jesus.) 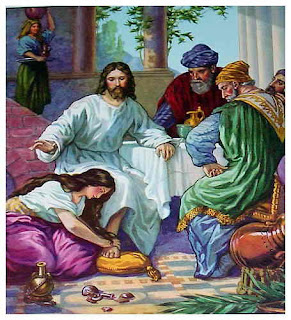 Why are the poor always with us?  Consider  “moral hazard.”  “Moral hazard,” according to Alan Blinder in After the Music Stopped:  The Financial Crisis, the Response, and the Work Ahead, “has nothing to do with morality.”  The concept originated in the 18th century in the insurance industry and suggests that having insurance might encourage risky (and therefore immoral?) behaviour.

Today the concept is very much with us as insurers worry aloud  that house insurance will encourage us to smoke in bed, car insurance will promote real-life Gand Theft Auto, and medical insurance will cause all of the above.   In fact, “moral hazard” is pervasive because it underpins all the “self reliance,” “free market” arguments of, in particular, American capitalism.

The concept arose in Blinder’s book because “moral hazard” also applies to making risky investments.  In 2008, super wealthy financiers and bankers, who were typically the defenders and upholders of “moral hazard,” found themselves in a situation where they needed hundreds of billions of dollars in bailouts because they had made risky, losing investments.  To accept government money instead of facing the consequences of their behaviour was to repudiate “moral hazard”—which is what they ended up doing.  However, “moral hazard” when applied to the holders of underwater sub-prime mortgages was kept in tact when TARP (the bailout program) was implemented.

Though you may never before have heard of “moral hazard,” you have undoubtedly heard one or more of the “common sense” claims based on “moral hazard.”  “Moral hazard” is the idea behind arguments against the guaranteed income, free day care, tuition-free university education, family planning, and the decriminalization of drugs, to name but a few.  Despite arguing the case in favour of “enlightenment,” in  Enlightenment Now: The Case for Reason, Science, Humanism, and Progress, Steve Pinker claims that “Social spending, like everything, has downsides. As with all insurance, it can create a 'moral hazard' in which the insured slack off or take foolish risks, counting on the insurer to bail them out if they fail.”

If not through social spending how can poverty be addressed? Pinker argues, quite rightly I would say, that it is a  mistake to confuse poverty and wealth inequality.  Some Americans may be disgruntled, may even think of themselves as poor, not because they are poor in any real sense but because they are struggling to "keep up with the Joneses."

"The confusion of inequality with poverty comes straight out of the lump fallacy— the mindset in which wealth is a finite resource, like an antelope carcass, which has to be divvied up in zero-sum fashion, so that if some people end up with more, others must have less. As we just saw, wealth is not like that: since the Industrial Revolution, it has expanded exponentially."

True enough, but it takes a lot of poor people to create one billionaire.  Pinker's use of J.K. Rowling as his example of a billionaire is disingenuous.  Sure, it's hard to get a hate on for the welfare mom whose Harry Potter stories have made her the wealthiest writer on the planet, but even in her case if we consider the copy editors, bookstore clerks, theme-park employees and printers at the bottom of the pyramid we can begin to see signs of the poverty which supports her wealth.  Pinker's graph correlating wealth inequality with everyone getting richer is cutesy and confusing, but his conclusion that "the world’s poor have gotten richer in part at the expense of the American lower middle class" who would in turn elect Donald Trump President seems clear enough.

Does Wealth Inequality Make Us Richer or Poorer?

Much of the world may have been pulled out of dire poverty over the last 200 years, as Pinker claims, but extreme wealth inequality is a destabilizing force in any society.  Pinker's graph notwithstanding, wealth inequality also produces an inefficient and wasteful economy.  The purchasing power of the haves puts pressure on both the have-nots and those who have less. For example, London, England has some of the most expensive real estate in the world, but it is also known for the number of homes and mansions which are left empty by the super wealthy. Take note the next time you are watching a a premiere sports event on television:  how many of the best seats are left empty because someone is wealthy enough to buy them and then not bother to attend?  Is the economy really being served by one man owning a dozen houses or fifty cars or paying tens of millions of dollars for a painting? 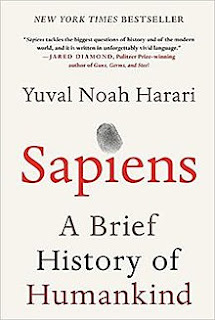 Money, as we have seen, is just a measuring system for debt (see What Is Money?) or what  Yuval Noah Harari, in Sapiens:  A Brief History of Humankind, calls "imaginary" and "a psychological construct." Money is created every time someone signs a mortgage, takes out a loan or uses a credit card.  It is therefore limitless and infinite--definitely not a a zero-sum game.  Since money is "imaginary," nothing real or tangible, why can't we put Santa Claus and Tinker Bell in charge and just give poor people the money they need?


And Moral Hazard Depends on Poverty

A billionaire asking for millions of dollars in subsidies, grants and tax breaks is so common that we hardly notice.  An indigent standing on a street corner asking for twenties would have to be out of his mind.  The richer you are the less moral hazard applies.  The burden of moral hazard falls most heavily on the poor; in fact, poverty and moral hazard are inseparable.  The threat of poverty is what keeps the rest of us from stepping out of line.