Showing posts with the label Steven Hawkings
Show All 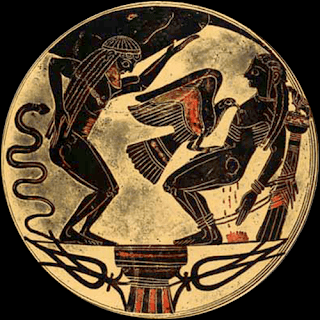 Mayflies When I was a kid, every spring there would be a massive invasion that looked like a snowstorm of big floppy-winged snowflakes.  We euphemistically called them "Mayflies."  When I was told that these flocks of shadflies only lived for 24 hours, I remember thinking "why bother?"  If you are only going to live for 24 hours, why bother living at all? Other "Creatures of a day" Fast forward a couple of decades, and I'm reading Aeschylus's Prometheus Bound .  Prometheus is being tortured for giving fire to mankind (bound to a mountainside, an eagle comes to eat his liver every day).  The gods ask him, "Why did you give this property of the gods to creatures of a day?" Wait a minute!  "Creatures of a day"--that's us; we human mortals. Cosmos Another couple of decades later, I'm watching the television series Cosmos:  A Spacetime Oddessy and Neil deGrasse Tyson is explaining that the history of our
4 comments
Read more
More posts