Showing posts with the label tenure
Show All 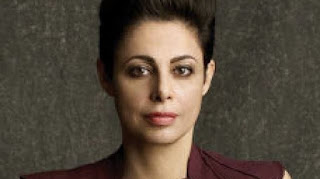 I call it the “ad hominem dilemma.”  Just to remind you, an “ ad hominem argument“ is a logical fallacy defined as trying to win an argument by attacking a person rather than the ideas that person is trying to present or represent in a debate.  The dilemma I have just coined occurs when you like an idea, but you don’t like the person presenting it, or you like a person but you don’t like the idea or argument.  In an ideal world the dilemma disappears because you always agree with the ideas of the people you like—though you might want to have your intellectual rigour checked. So you might feel torn when you discover that Hitler liked apple pie, and you like apple pie, but you don’t want to be identified as one of those apple-pie-eating Nazis.  Like me, you might have wanted to tear out your hair when Wayne Gretsky announced he was supporting Stephen Harper in the last federal election—you remember, the election Gretsky couldn’t vote in because of Conservative policy preventing non
Post a comment
Read more
More posts