“Be Yourself”? Part II

Much as I have enjoyed badmouthing postmodernism in revenge for the years of tedium it inflicted upon me, I have to admit, as I mentioned at the end of Postmodern Shibboleths, I have found discussions of “the subject” to be useful, relevant and meaningful.   Postmodernists will tend to identify challenges to the unity and stability of the ego with Lacan, and the ephemeral nature of the individual self with Derrida’s claim that “the subject is never equivalent to itself”--which is sort of an update of Heraclitus' observation that "you can't step into the same river twice."

It seems pretty obvious that the self, the individual, the person you think of as you is constantly changing.  Every time a new thought enters your head, every time you think a thought about yourself, or you have a new experience, in fact, with every breath you take you are not quite the same person you were an instant ago.

From a purely physical (and physics) point of view every single molecule of your body is replaced in the space of seven years.  The guy who’s been in jail for eight years is, physically, a completely different person from the criminal convicted of his crime.

We might roll our eyes at the medieval King Alfred who had a dying subject locked in a lead box so that he could see his subject’s soul rising from his body, but without the fiction of something like a soul or immortal spirit or some individual essence making us each the same person from birth to death our religions, our cultural, social, political and legal systems, our epistemology, all our ways of thinking, knowing and understanding the world could not survive.

The playwright Pirandello argued that the characters of fiction are more “real” than the people we think of as real because they are more enduring.  Characters remain the same forever but people are constantly changing. 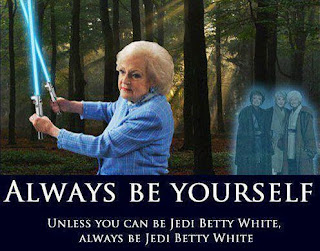 Marvin Gaye heard it through the grapevine.
Posted by Jay Sour at 08:25