If You’re One of “the Good Guys,” Do You Still Have to Worry about the FBI Accessing Your iPhone? With Addendum.

March 11, 2016
In some ways, we have not completely escaped the prejudices of our oral ancestors.  There is always a lingering suspicion that someone demanding privacy must have something to hide.

Last week the Director of the FBI was on television arguing for the agency’s right to unlock the particular iPhone used by the ISIS-inspired San Bernardino terrorist—and by extension all iPhones.  His justification is that we are “the good guys” and we’re trying to catch “the bad guys.”  It’s hard to imagine a weaker a priori argument for the simple reason that in the history of governments, tyrannies, military juntas, secret police forces, and dictatorships there has never been one that announced to the world “we are not the good guys!”.

Nonetheless, personally, I have nothing to hide, and I'm a Canadian with a very non-ISIS sounding name and a regular readership of less than a dozen people for this blog.  (I am proud to have a select and discriminating readership.)  The ultimate defense against being surveilled by the FBI or some other secretive police force is to remain irrelevant and insignificant.  I have nothing to fear, nor do you, right?

Still, it rubs me the wrong way that it is exactly police forces like the FBI  that insist on the importance of secrecy for themselves which challenge the rights of individuals to have secrets.  I start thinking about the people who probably thought of themselves as one of "the good guys" (in the current, colloquial, gender-neutral sense of the term "guys") who were unfortunate enough to cross paths with the FBI, then I realized that you are only one of "the good guys" until the FBI decides you're not for whatever secret reasons they might have.

Ernest Hemingway, the renowned American novelist, was hospitalized for six weeks in the psychiatric section of St. Mary’s Hospital in Rochester, New York, where he was receiving electroshock treatments. Hemingway was diagnosed as suffering from paranoid delusions because of his constant ranting that he was under surveillance by the FBI and that even the hospital phone was tapped and his nurse, named Susan, was working for the FBI. One week after he was released from hospital, Hemingway shot himself.

“Fifty years after his death, in response to a Freedom of Information petition, the FBI released its Hemingway file. It revealed that beginning in the 1940s J. Edgar Hoover had placed Ernest [Hemingway] under surveillance because he was suspicious of Ernest’s activities in Cuba. Over the following years, agents filed reports on him and tapped his phones. The surveillance continued all through his confinement at St. Mary’s Hospital. It is likely that the phone in the hall outside his room was tapped and that nurse Susan may well have been an FBI informant” (Hemingway in Love 167). 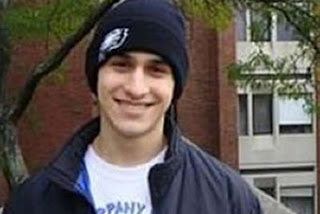 Sunil Tripathi, a 22-year-old Brown University student, committed suicide after the FBI released surveillance photos of the Boston Bombers, and Sunil was falsely identified as one of them.  His body was discovered in the Seekong River, April 23, 2013. 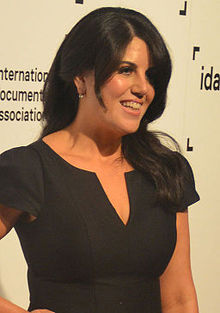 Monica Lewinsky was a 23-year-old Washington intern when she engaged in various kinds of sexual activity with then President Bill Clinton.  Whatever moral compass you might bring (or not) to Lewinsky's tryst with the President, it seems obvious that the affair did not constitute a crime or a threat to public security.  Nonetheless, on January 16, 1998, Monica Lewinsky was held in a hotel room by FBI agents and threatened with 27 years of imprisonment if she did not reveal the details of her relations with the President.  She was also told that the FBI would arrest her mother who could be imprisoned for two years  (http://law2.umkc.edu/faculty/projects/ftrials/clinton/lewinskyday.html).

(Whenever I reflect on this kind of prurient political theatre, I think of Prime Minister Pierre Trudeau's 1967 declaration in anticipation of the Omnibus Bill that "There's no place for the state in the bedrooms of the nation."  Someone needs, once and for all, to declare the converse: "There's no place for the nation the bedrooms of the state.") 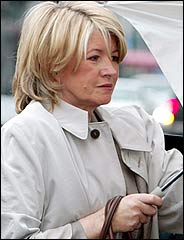 December 21, 2001, Martha Stewart propitiously sold stock in a friend's company and thereby avoided a potential loss of $45,673--a minuscule amount considering her estimated wealth at the time was 700 million.  Her friend, Sam Waskal, was being pursued by the FBI for insider trading on the stock of his own company, ImClone.  Martha Stewart was never convicted of insider trading but she did serve five months in a federal prison and two years probation for lying to the FBI about details of the stock sale (http://coveringbusiness.com/2012/05/15/what-martha-stewart-did-wrong/).

(I still can't figure out exactly what crime Martha Stewart committed if, in fact, she did commit a crime, but it's hard not to compare her case with Wall Street companies which lost hundreds of billions of dollars in what seemed like fairly obvious mortgage and bond fraud schemes and the result was that they were bailed out by taxpayer money, CEOs continued to receive bonuses and severance packages, and not a single Wall Street insider was ever charged with a crime.)

Amy Winehouse heard it through the grapevine.

Now perhaps we should include former Secretary of State and presidential candidate Hillary Clinton in this list! 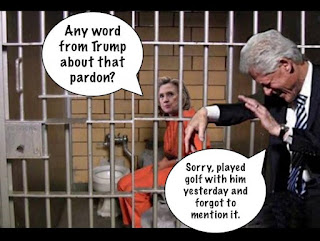