Showing posts with the label Security Council
Show All

How Did Canada Lose to Norway and Ireland in Its Campaign for a UN Security Council Seat? 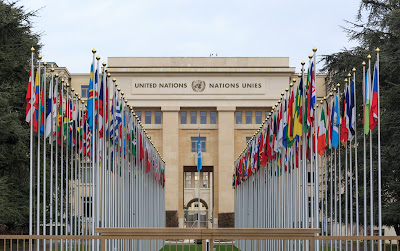 The Basics:   The United Nations was formed in 1945, at the end of World War II.  There were 51 member countries.  Harry S. Truman was President of the USA and the UN's home was established in New York City. The goal of the United Nations is world peace and security. The Security Council is the power center of the UN.  It has five permanent members, the "big" winners of WWII:  the USA, France, the UK, Russia, and China. On a rotational basis, other countries are elected by all 193 members of the UN General Assembly to occupy temporary, 2-year positions in the Security Council. There are currently 10 temporary (non-permanent, 2-year) positions in the Security Council. The permanent members have remained the same since 1945. The non-permanent positions are elected on a geographical basis, so Canada was competing against Ireland and Norway in what is known as the "Weog block" (Western Europe and Others). In the 2020, three-country competition for two Secu
Post a comment
Read more
More posts