What does it mean when John gives Mary flowers?

John’s eyes always light up when Mary enters the room.  He always talks in a tender, flattering manner to her.  He takes her out to dinner, and buys her flowers and small gifts. Etc. Etc. 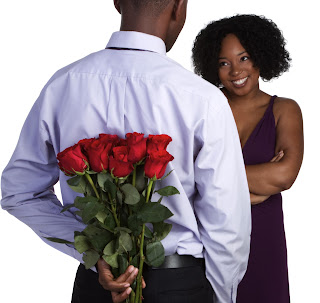 
Making love to a logophile