Here’s a scenario I used to play out for undergraduate students.

Your roommate comes home from Christmas shopping  and announces enthusiastically that he just saw a guy at the mall who looks “just like the REAL Santa Claus!”

You, an adult sceptic, reply in your most practiced sarcastic tone, “Duhh! Dude, there is no REAL Santa Claus!”

Most people over the age of eight might agree with you, but you have to admit that you sort of understand what your roommate means.  In fact, on second thought, you understand exactly what he means:  he saw an elderly, roly-poly gentleman with white hair and beard, rosy cheeks and a twinkle in his eye, dressed in a red suit and cap trimmed with ermine.  The man he saw captured with surprising precision the various quintessential images of Santa Claus he has seen on TV, in movies, on posters, Christmas cards and in Coke Cola commercials. 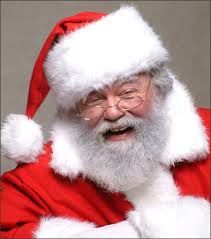 The lesson here is that what we typical consider “real” and “true” are those ideas, images, and notions that fit with what we already happen to believe, the ideas and icons that our culture has preconditioned us to accept.  Even though what we might spontaneously describe as “real” and “true” may have nothing to do with the facts, logic, science, truth or reality, our feelings about what is true and real have enormous influence in our lives.

One of the casualties of last year’s PQ-Marois-Drainville “charter of values” ploy (in addition to the Marois government itself) was the expression “Québécois de souche.”   Until the 1970s a Québécois was a citizen of Quebec City.  The idea of identifying all residents of the province of Quebec as “Québécois” didn’t become current until the mid-70s.   The original expression, whose origin I have not been able to trace or date, was “Québécois de vieille souche” (literally “from the old stump”) and is usually translated as “old stock.”

Since the word “Québec” is Mik’maq (for “where the river narrows”), it’s pretty obvious that the Mik’maq and their First-Nations brothers and sisters are the oldest stock in Quebec and Canada, but “Québécois de vielle souche”  implies being able to trace your lineage to the first European settlers.  Over time “Québécois de souche” has come to mean any resident of Quebec with a French-sounding name who happens to speak French.

As a resistant expression of pride in the heritage, culture and history of a disadvantaged, oppressed and denigrated minority, I seconded and celebrated the expression “Québécois de souche,” but context changes meaning. In fact, the context is the meaning.  Certainly some commentators had long claimed that the expression smacked of ethnocentrism and xenophobia, but when a nationalist government with aspirations of statehood under the slogan “Nous sommes une peuple” (“We are a people/nation”) came forward with a proposed “charter of values” to rewrite the existing “Quebec charter of individual rights and freedoms” and to guarantee that the history of Quebec could only be retold in one correct, Catholic, French way, it became impossible to disassociate the expression “Québécois de souche” from ethnocentrism and xenophobia.

But there is a way to salvage the expression.  Just as the iconic Santa Claus is taken to be based on Saint Nicolas, the 4th-century monk born in what is now Turkey, we might ask (and answer) who was the first, original, authentic, pure laine Québécois, the person sailing from Europe to settle in New France in advance of all other Europeans, whom we could identify as the primordial source of the expression “Québécois de souche.”  My candidate is Mateus da Costa, for the very simple reason that he was Samuel de Champlain’s secretary on the voyage to settle New France, and da Costa was chosen for the job because he already knew the native languages which implies that he lived in what would become New France for some years before Champlain’s voyage.

Mateus da Costa must have been a brilliant, resilient and resourceful man.  He was of Black-African descent and a resident of Portugal, but most of his history is based on speculation from contracts and court documents.  We know from contract documents that his services were much in demand for anyone who wanted to explore the new lands across the Atlantic.

Mateus da Costa’s Portuguese connection is important in order to understand how it is possible for him to have settled, at least temporarily, in what would become New France prior to Champlain.  The evidence is ample that Portuguese fishers travelled back and forth to Canada, and in particular to Newfoundland’s Grand Banks well in advance of Champlain, Jacques Cartier and Christopher Columbus.  Part of the evidence is the frequency of Portuguese place names all over Newfoundland.

(Living in Portugal, I discovered that “canada” is a Portuguese word.  Literally it means “here is nothing;” that is, “ca nada,”  but it is used as an equivalent of “rural route” in Portuguese addresses . . . but I digress.)

My point is simply that the next time you hear or use the expression “Québécois de souche” perhaps this (speculative) image of Mateus da Costa should come to mind, and dissipate any sub-text of xenophobia. 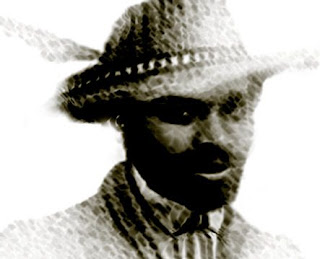