Showing posts with the label US war against Iran
Show All 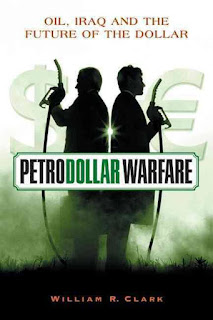 First invasion of Iraq 1991 When the USA was planning its first invasion of Iraq, a young Kuwaiti nurse testified before Congress  describing Iraqi soldiers pulling infants out of their incubators and tossing them on the floor.  The "nurse" turned out to be a princess of the Kuwaiti royal family, and her testimony pure fiction. However, her story created the needed public support for the invasion. Second invasion of Iraq 2003 As the USA was preparing its second invasion of Iraq, Colin Powell was tasked with presenting "irrefutable" evidence that Saddam Hussein was producing weapons of mass destruction.  Powell's presentation together with the totally fatuous belief, held by some Americans, that Hussein was responsible for 9/11 were sufficient to once again garner support for a war against Iraq.  As is well known at this point, the proclaimed purpose of the war was baseless--no WMDs or facilities were found. USA preparing for war in Iran As the USA o
Post a comment
Read more
More posts