Canada's Talking Tough Is an Embarrassing Display of Weakness

Whatever happened to "speak softly and carry a big stick"?

In the last election campaign only Yves-François Blanchet, leader of the Bloc Québécois, dared to say the obvious that in arresting Meng, Canada was trying to display muscles it did not have.  Blanchet's daring proves that it takes a politician with nothing to lose to speak the obvious truth. In the ongoing US-China fisticuffs, Canada is playing the role of the Milquetoast sidekick whose tremulous tough talk only emphasizes his weakness.

According to the Wall Street Journal, US Justice has been arranging to offer Huawei and Meng a deferred prosecution agreement.  Meng herself has balked at the deferral requirement that she plead guilty before returning to China.  Senator Yuen Pau Woo, who has for years worked back-channel diplomacy with China on Canada's behalf,  has warned that if we leave it to the US to release Meng, we will be putting Michael Korvig and Michael Spivak at further risk.  Based on his experience in Sino-Canadian negotiations, the Senator has explained that China will need a gesture of respect from Canada in order to guarantee the safety of the Canadians.  Canadian Conservatives, however, cannot resist another opportunity for bravado:  Senator Leo Housakos said he was appalled by the suggestion that Canada should recognize China’s judicial system as legitimate. 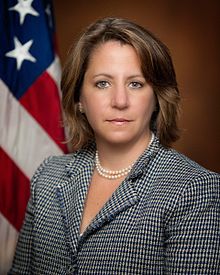 Lisa Monaco has been nominated as the Democratic replacement for Richard Donoghue as Deputy Attorney General.  With extensive experience in national security, counter-terrorism, extradition and hostage negotiation, and cyber espionage, she appears an ideal candidate for the position.  When asked about the request for Meng Wanzhou's extradition, she immediately said (12 Dec. 2018) what no Canadian politician, civil servant, or journalist dared to say then or since about the politics of extradition:  “I think as a matter of law Trump could direct the Justice Department to drop the prosecution that is the basis of the extradition request.”  In Canada, "as a matter of law," extradition is a political decision:  a simple truth which cannot be spoken, no matter what the cost.

Ms. Monaco went on to say that she didn't think it was a good idea for Trump to interfere.  Fair enough, but she immediately established what the law permitted.  In Canada, it took two years for CBC to give former Supreme Court Justice and UN High Commissioner for Human Rights, Louise Arbour a platform to explain that "as a matter of law," in Canada, Meng's arrest and potential extradition was a political decision.  Canadians just didn't get what she was explaining.  Knowing and following the law in Canada, as Arbour was recommending, was interpreted as advocating an illegal exchange of hostages.

The Cabal is gone, but Canadian "justice" plods on

The cabal of American anti-China super-hawks (John Bolton, Steve Bannon, and Richard Donghue), who concocted the Meng arrest and extradition request, are all gone.  The Canadian judicial bureaucracy plods on without considering whether, in view of all the circumstances,  the original extradition request was fair and just, because this is a question which only the Canadian Minister of Justice can, by law, decide.

Is the Biden administration hoping that Canada will show some backbone?

The first meeting of the Biden administration's foreign affairs team with their Chinese counterparts did not go well.  However, the USA and China have reportedly made some progress on climate talks.  The new US administration has signalled interest in a return to the Iran-USA nuclear treaty and the lifting of sanctions--the underlying basis for the accusations of "bank fraud" against Meng.

Canada's releasing Meng would likely dovetail with current trends in the Biden White House while ridding the US administration of a needless obstacle in negotiations with China--not to mention being beneficial to imprisoned Canadians.  The problem is:  how does the Liberal government walk back the all-too-obvious, bald-faced lie that extradition is a judicial, non-political decision, which they have been repeating for two and a half years, while the Conservatives are grandstanding with hyperbolic anti-China rhetoric?