John Steinbeck's novel The Grapes of Wrath is number 10 on the Modern Library's list of the 100 Top Novels of the 20th Century.  After a couple of years trying to convince my students of the virtues of Faulkner's The Sound and the Fury (#6 on the list), I gave up and substituted the more accessible, single-third-person narrative, not-stream-of-consciousness Steinbeck novel.  In the process of teaching it, my admiration for the novel grew.  But what does "Grapes of Wrath" mean?


The title was suggested by Carol Steinbeck

It is widely reported that the title was suggested by Faulkner's first wife, Carol Henning Steinbeck. The expression “Grapes of Wrath” comes from the Bible: Revelation 14:19–20 (New Testament) and Isaiah 63 (Old Testament). The expression was re-used in the lyrics of “The Battle Hymn of the Republic” written during the American Civil War.

In the simplest of terms, "grapes of wrath" suggest “anger,” a violent, bloody, vengeful yet just anger.  The expression is ambiguous because it is an oxymoron, combining “grapes” which are a sweet and highly desirable fruit and “wrath,” meaning extreme anger, which we metaphorically think of as “bitter.”

Decoding the meaning of an oxymoron

Oxymorons tend to be ambiguous, and we have to look at the context of their use to understand them. We understand what Juliet means when she tells Romeo that “Parting is such sweet sorrow,” and what Othello means when he talks about Desdemona’s “cruel tears.” Out of context it is pretty hard to say exactly what “sweet sorrow” and “cruel tears” mean.


The Angel of Death at the Apocalypse

The Bible describes the Angel of Death with his sickle cutting down the grapevines at the end of the world (the Apocalypse). The reference to “grapes of wrath” is a metaphor (or conceit, meaning extended metaphor) for what happens next. All the people that God is angry with will be put in a winepress and their blood forced out of them just as wine is pressed from grapes.

It makes sense that when we think of the expression, we think about how the migrants from Oklahoma and, in particular, the Joad family were treated by many of the people they encounter. They were having the lifeblood squeezed out of them. But “grapes of wrath” also implies the need for punishment and even vengeance in order to serve justice. This is the way the expression seems to be used in “The Battle Hymn of the Republic.” 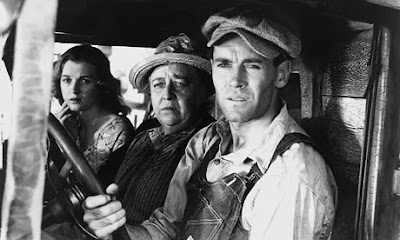 In the novel, the expression “grapes of wrath” is used only once, in chapter 25. Here is the context:


“There is a crime here that goes beyond denunciation. There is a sorrow here that weeping cannot symbolize. There is a failure here that topples all our success. The fertile earth, the straight tree rows, the sturdy trunks, and the ripe fruit. And children dying of pellagra must die because a profit cannot be taken from an orange. And coroners must fill in the certificate—died of malnutrition—because the food must rot, must be forced to rot.


The people come with nets to fish for potatoes in the river, and the guards hold them back; they come in rattling cars to get the dumped oranges, but the kerosene is sprayed. And they stand still and watch the potatoes float by, listen to the screaming pigs being killed in a ditch and covered with quick-lime, watch the mountains of oranges slop down to a putrefying ooze; and in the eyes of the people there is the failure; and in the eyes of the hungry there is a growing wrath. In the souls of the people the grapes of wrath are filling and growing heavy, growing heavy for the vintage.” (Chapter 25)

What is being described is the destruction of food (part of what is known as supply management economics) in order to maintain higher prices, even though some people were starving. The people are getting very angry and frustrated; they are being filled with wrath, but the novel remains ambiguous about what happens next. Does “grapes of wrath” mean there is about to be a revolution with the people rising against their oppressors? Or does “grapes of wrath” mean that these people are simply going to be destroyed, the lifeblood being squeezed out of them?


The Irony of "grapes"

At this the midway through the novel, we know that “grapes” are used to create a bitter irony. In the earlier chapters of the novel the characters repeatedly talk about the wonderful, delicious grapes they are going to be able to eat when they reach California. The only encounter with grapes they have is when the kids eat green grapes and develop “skitters” (diarrhea ), and then we are given the above reference to “grapes of wrath.”

It is important to recognize that the final scene of the novel is directing us away from Apocalyptic images, to something other than “grapes of wrath,” to human kindness and charity. There was an attempt to censure the final paragraph of the novel which was inspired by famous images of “Roman Charity.” 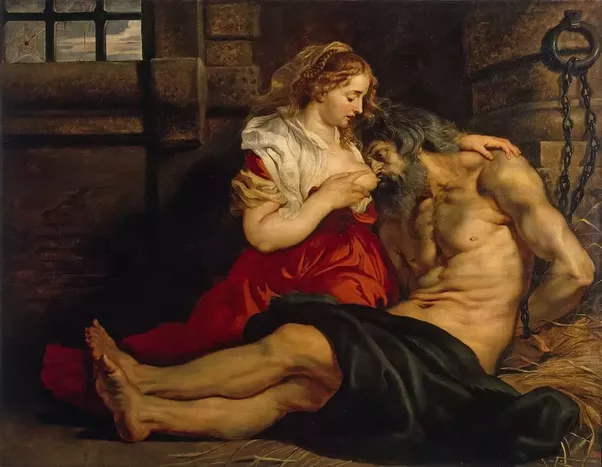