The Art of Complaining

“Complain, complain, that’s all you do
Ever since we lost!
If it’s not the crucifixion
It’s the Holocaust.”
L. Cohen


In my brief (five years) and tiny tenure as an administrator responsible for an array of university programs, one of my duties was to receive student complaints.  Students usually had real or at least honestly perceived grounds for complaint.  The typical complaint was about the quality of instruction or the instructor of a particular course.  Frequently, the student would announce a shift of discourse with the phrase “It’s not the reason I’m here, but . . . .”

The irony of the situation was that if a student wanted to complain about a grade or even the evaluation of a particular assignment, that was a situation I could easily deal with--and that was the point students would take twenty minutes to get to.  The university had rules and procedures in place for reassessing a mark.  As I discovered the hard way, the university provided no legal means for dealing with a lacklustre or incompetent teacher.  Like the psychoanalyst of the how-many joke trying to change a lightbulb, I could only change an instructor if he/she wanted to change.

Being faced with complaining students reminded me of early days as a steward in my ESL teachers’ union.  The principle duty of a steward was to represent and counsel teachers through the grievance procedure, and we were given a weekend-long course on how to grieve (the legalistic verb for “to complain,” not a synonym for “to mourn”). Step one and rule one of the grievance process was to know what my brother and sister union members wanted; that is, what outcome, of a limited number of possibilities, they were looking for from the grievance.  Sounds simple, right?   I found this advice to be logical, compelling and useful, but the objective is what people most frequently lose track of in the process of complaining.  This lack of focus is, I believe, what gives complaining a bad name. 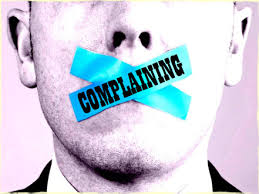 Decades later at a university department meeting, one after another, my colleagues were complaining bitterly about how prolific and quick students were to complain.  I interrupted the brouhaha to suggest that complaining was a good sign; it meant students cared and, furthermore, I was thinking of preparing a module on “how to complain” for one of my courses.  My colleagues were not amused.

I really believe that complaining is beneficial, that we all benefit from those who have the wherewithal and courage to complain.  They are the whistle-blowers of everyday life, but the problem with complaining is one of degree, of frequency, of being identified with the “boy who cried wolf” once too often.  The conundrum for the would-be complainant then becomes the proverbial “separating of the dancer from the dance”: how to complain without being a complainer.  Although I was told when travelling in Europe that it paid to pretend to be French because the French were known to complain and would therefore get good service, I was never able to empirically verify this hypothesis--but it makes sense.

I have also been warned that my attitude toward complaining as being about outcomes was masculinist.  (Excuse the gender stereotyping here.  I’m just the messenger.)  I have been informed that when a woman is complaining, a man’s suggesting a (pre-emptory and perfunctory) solution to a problem simply compounds a woman’s frustration and irritation.  It took me a while to understand this instruction, but I have come to recognize the universal principle that the less you know about a problem the easier it is to imagine a solution.  If you (and I) immediately see an obvious, quick and easy solution to a problem being presented to us, chances are we have failed to understand the details and recognize the complexity and intricacy of the issue.

There is a phenomenon that is usually identified as complaining but is really “self expression”—as vague as that locution is.  Sometimes it is necessary or at least healthful to decompress, to vent, to exhale with expletives.  What passes for complaining is often just thinking out loud.  Sometimes we just need to hear our own words (in my case read them) in order to clarify our own thinking to ourselves. 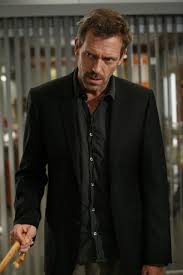