When Should You Repay Your Student Loan? How about . . . Never!

To Owe Is to Own

Do you remember this line:  “So Romeo would, were he not Romeo called, / Retain that dear perfection which he owes / Without that title.”?  “Owes” used to mean “owns.”?

I’ve always had an aversion to debt.  I think it has something to do with when I was five and my mother, as she was leaving to go to work, telling me, “If there is a knock at the door, just sit on the floor and be quiet.  Don’t answer the door; they might be bailiffs.”  Of course, like everyone else, I’ve understood that it is impossible to get on in the world without a car loan, a mortgage, a credit card and a line of credit.  Nonetheless, I’ve always been fairly obsessive about paying my debts and as soon as possible.  You too I imagine. 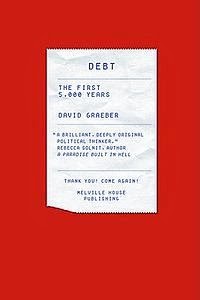 Why Must Debts Be Paid?

Graeber is an anthropologist and he must have been a good teacher because the book is full of those “dumb questions” that a student might ask which turn out to be really profound, epiphanic, inspiring and unanswerable.  For example:  “Why should we pay our debts?”  And the corollary:  “Why are we so absolutely convinced that we should pay our debts?” Or, “What is money?” 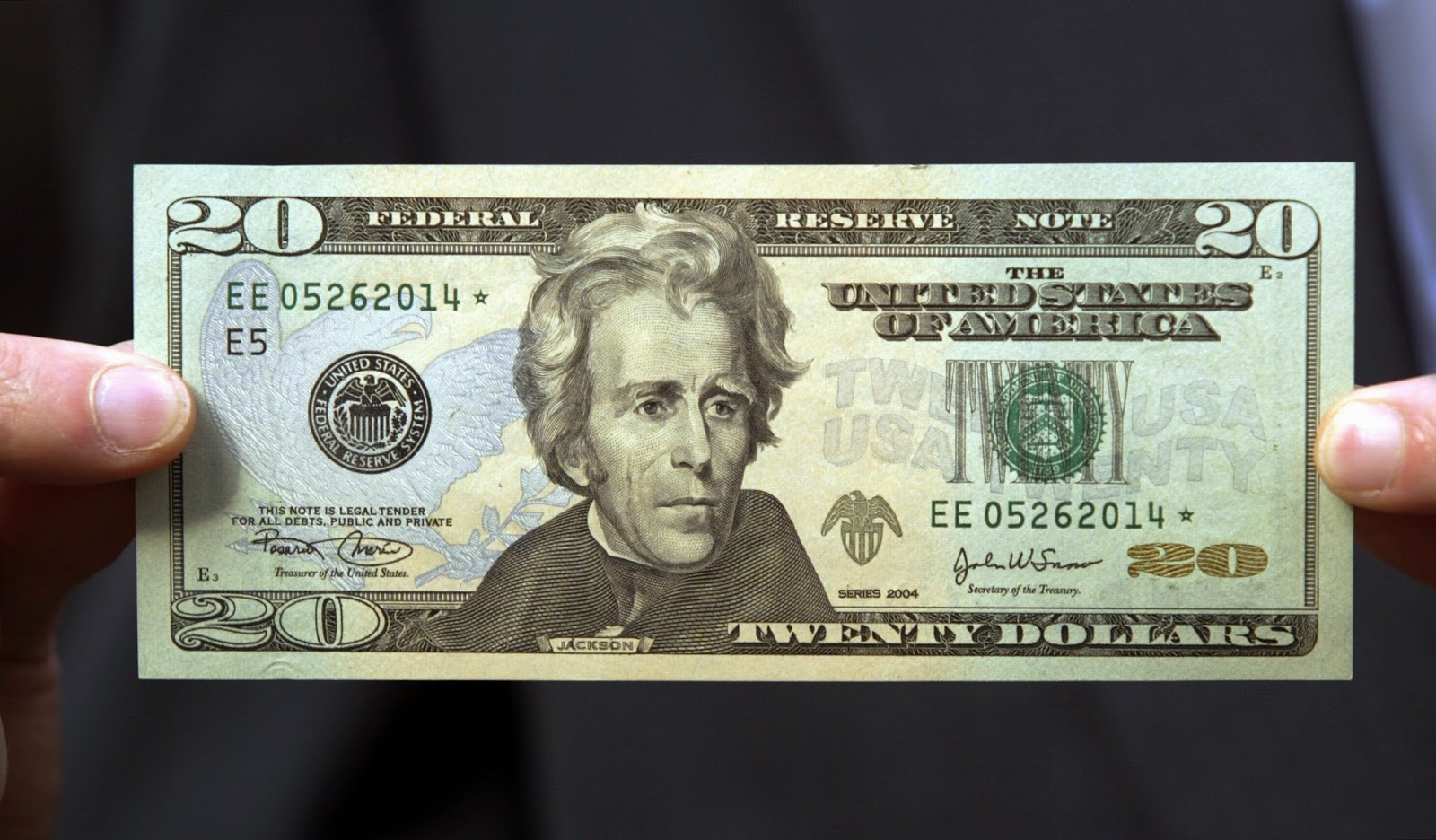 Is Barter Really the Root of Economics?

Graeber’s ambition in the book is to dispel all those preconceived notions that come to us through the study of economics--that discipline created by Adam Smith in 1776 at the University of Glasgow--like that “barter,” people exchanging one commodity or service for another, is a primordial, primeval human activity as well as the historical basis of economics, and that we are morally obliged to pay debts.  It intrigued and amused me to learn that economists (and anthropologists) are unable to trace the historical origins of money or agree upon a definition of what it is.  The camps divide into those who think of money as a commodity (meaning that it is worth something, like gold and silver coins) and those who think money is an IOU (a way to contract and measure debt).  These days it seems obvious that money is either paper or pixels, and not worth anything in itself.  Graeber argues that money and debt are pretty much the same thing:  money is a measuring system (like meters and feet) and debt is what money measures.  If you have a twenty-dollar bill on you, it means that the government of the country that issued it owes you twenty dollars worth of something.  The problem these days is “of what?”

The "Yellow-Brick Road":  The Gold Standard

In the old days, the government was supposed to have enough gold in storage so that all the money it issued could, in theory if not practice, be exchanged for gold--what was known as the “the gold standard.”  It was interesting for me (I’m a lit prof remember) to discover that L. Frank Baum’s The Wonderful Wizard of Oz , published in 1900, was an allegory in opposition to the gold standard.  Farmers in Kansas needed government loans, but the treasury refused them because the USA didn’t have sufficient gold reserves.   The “yellow-brick road” was the illusion of the gold standard leading to a fraud, the Wizard of Oz, who was just an ordinary old man (Oz is the abbreviation for ounce, the typical way gold was measured).  The gold standard came to an absolute end in the USA in 1971 when Richard Nixon announced that American dollars could no longer be redeemed for gold.


Money Is a Debt that Can Never Be Paid

Even today there are people who believe that gold is the only real money.  However, according to a CBC documentary I watched not so long ago, a lot of individuals and countries hold papers that say they own gold, but the gold doesn’t actually exist. So if you have an American twenty, the American government owes you twenty dollars worth of something, but not gold.  No need to worry about gold, because it is fairly obvious that the American government has no intention of paying its IOUs period.  Economics really does become the purview of literary critics, I mean people skilled in analyzing works of fantasy and imagination, when you consider that the USA currently has a debt of over 17 and a half trillion dollars.  That’s American dollars, so it owes trillions of its own IOUs.

You Can Create Your Own Money

Think about it.  You’re out having a beer with your friend George and he runs out of money.  You pay the bar bill and George gives you an IOU.  The same thing happens a week later and the week after that.  Instead of getting George to pay, when you go out to dinner with Rosemary, you pay your half of the bill by giving her a couple of George’s IOUs.  George keeps writing IOUs and pretty soon everyone in your and George’s circle of friends has George’s IOUs.  When does it end?  It would end when people start refusing to accept George’s IOUs, but why would they?  If they keep getting what they want (beer and meals; maybe they can even get the bar and restaurant owners to start using George IOUs), what motivation is there to stop accepting George’s IOUs?  At a certain point, everyone knows that George is never going to pay off all his IOUs, but it is in everyone’s interest to pretend that he can and will.  It will all end when George has given out so many IOUs (like say 17 trillion) that people can no longer pretend to believe in them or George himself refuses to write any more IOUs, even though he is only being asked to write IOUs to pay a debt that he owes in his own IOUs (because at a certain point George began to receive and repay in his own IOUs).

USA:  The Most Indebted Country in the World

Both of these scenarios have taken place in the US government recently.  The USA has the biggest debt in the world at 17 and a half trillion dollars, or over $55,000 per citizen, but every single country in the world is doing the same thing and is in debt.  The only debate is about those countries whom we know will never be able to pay off their debts. Even in these cases it seems like they "own” the banks and the countries that they owe money to, and we hear constantly that they can’t be allowed to go bankrupt.  Governments are considered conservative and fiscally responsible if they announce the intention to balance their budgets and eliminate deficits, meaning to stop going further into debt, some year in the future.

In this context, should a recent university graduate pay back her student loan?  Jeez, I don’t know!  But here are some of the facts of the Canadian/Quebec case.  The Canadian debt is currently approaching 700 billion, which means we each (every man, woman and child) owe over 20,000.  (Yep, if you were born yesterday, you are already in hock for $20,000.)  The Quebec debt is at 265 billion.

Beginning in the 1990s Canadian students started to borrow a lot more money and were having increasing difficulty in paying back their loans when they graduated.  In 1980 around 9% of graduates were unable to repay their student loans; by 1990 the level of non-payment was at 17%.  By 1997, non-payment of student loans reached a total of 70 million dollars.  The federal government passed a law making it illegal for a student to declare bankruptcy until 10 years after graduation.  The Canadian Federation of Students took the government to court claiming discrimination under the Canadian Charter of Rights, but lost the case on the grounds that student borrowers were not considered a social group.  The government later reduced the length of time before a student could declare bankruptcy to 7 years (thereby falling into line with what Gaeber identifies as the ancient Judaic tradition of forgiving loans after the sabbath--or seventh--year).

In 2003-2004 Canadian student loans amounted to $1.63 billion.  The same year, 28% of student borrowers (43,600 former students) defaulted on their loans totaling 331 million dollars. The government’s solution to the student debt crisis has been to create a Repayment Assistance Plan whereby students’ loan payments will be tapered to a maximum of 20% of their gross family income and the maximum repayment period will be 15 years.  For 15 years (or until the loan is paid) you will have to fill out a form every 6 months requesting permission to only pay one fifth of your gross family income toward your student loan.  I’m not sure that I would find myself jumping for joy at these conditions, and it seems clear that the real objective is to insure that the government gets its money back (or at least more than it was getting when 28% of former students were defaulting).

Canadian Student Debt Is Equivalent to a Small Country

The Federation of Canadian Students has begun to maintain its own “debt clock” showing how much Canadian students owe in Canada Student Loans.  The amount is now over 15 billion.  If they keep going, eventually they will be able to declare themselves a country (they are currently between Jamaica and Guatemala in debt size), or maybe the Federation will come to the realization that it’s members own this one.