What Is the Relationship Between University Education and Employment?

What Is the Relationship Between University Education and Employment?  The official answer is always absolute:  you need the diploma to get a decent job.  At ground level the answer is a matter of degree--in both senses of the word.  With some degrees the answer is redundant:  you get an accounting degree to become an account, a medical degree to become a doctor, an engineering degree to become an engineer.  More or less. To be honest most of the engineers I know work in sales.  Outside the obvious cases, the relationship between a particular degree and employment is a matter of debate.  On the other hand, if a graduate from a BA in English becomes a news broadcaster on local TV, you can be sure that “television journalist” will be added to the list of employment outcomes for that degree in the university calendar and on the web site. 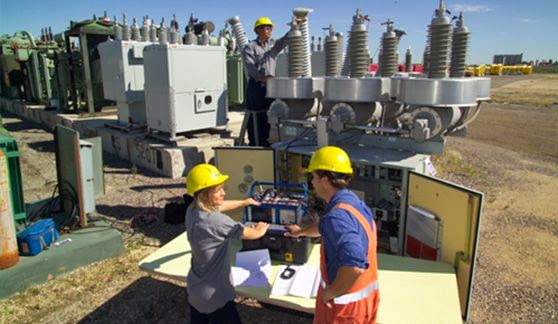 Inside humanities programs the answer is adamant that a university degree is not job training.  It’s hard not to angle your nose toward the sky while saying this.  Holding a university degree proves that you know how to learn, not that you have learned any particular X or Y.  The average person will hold seven different jobs during a working career.  The degree has to transcend the specifics of any one job.

I don’t remember where the “seven different jobs” claim comes from, but I can remember using it fairly frequently.  And I believe that the degree should prove that you know how to learn, but how is it possible for a professor to know that a student knows how to learn without confirming that the student has learned a particular X or Y? We claim that our students learn “critical thinking skills” but how can we verify those “critical thinking skills”?  Do we ask the student to write an essay to demonstrate critical thinking skills?  If the student mimics the critical thinking skills the professor has demonstrated, does she get an A?  Or should she fail because she didn’t disagree with the professor and thereby failed to be critical?  I have found answers to these rhetorical questions in my own teaching but I have no idea how other professors dealt with them.  In my entire university career, not once did I address these questions with a colleague, or in a department or faculty meeting.  Pedagogy is just not one of the subjects that university professors talk about.

Early in my career at the University I was associated with a BA in Professional Writing.  I taught a few courses on writing and applied grammar, and was part of the committee to evaluate the program with external experts and business people.  This was a program closely aligned, at least in theory, with employment opportunities and the business community.  Students in the program went on paid internships during their studies, and the most typical reason that students didn’t graduate was that employers offered them jobs before they were finished the degree.  On an ongoing basis we had twice as many available internships as students.  However, we were never able to attract enough students to justify the program’s existence.  The experience taught me that “a job” was not the most  profound attraction when students were choosing their undergraduate field of studies.  The cache, the possibilities, however unlikely, that a degree suggested were far more attracting than the guarantee of work.

My colleagues who didn’t teach writing made it very clear to me both directly and indirectly, that a degree in Professional Writing was something to be looked down upon.  Teaching writing skills was the bottom of the prestige ladder at universities, something to be assigned to the least qualified, non-ascending personnel.  Students were supposed to learn how to write in high school.  Writing skills were simply below the level of university education.  These colleagues had a point, except that they were the first people to complain bitterly about their own students’ lack of writing skills.  It seemed inappropriate to me to denigrate the courses and the people who were trying to solve the problem, but that is what happened.

Professional Writing had another strike against it within the academy.  Whether it was right-wing snobbery or left-wing ideology didn’t matter, it was clear that a degree that kowtowed to business and/or that was closely tied to students’ getting jobs was considered beneath the ethos of university studies.  I was susceptible to these pressures and prejudices, and as time wore on I came to teach, almost exclusively, the more prestigiously-viewed literature courses (which were of course disparaged by the faculties teaching the professions) while remaining nostalgic for my old writing and grammar courses.  My dilemma was solved when the University closed down Professional Writing because of low enrollment.

On the other hand, I came to understand the shortcomings of attempting to tie a university degree with a particular form of employment and the business community in general when I served on the committee to evaluate our Professional Writing program.  I remember one internet entrepreneur being very insistent that a professional writer should know at least three computer coding languages.  Outside the university, Professional Writing tended to mean Technical Writing, which implied a degree in science and engineering prior to the writer honing his writing skills. This example, notwithstanding, the general rule is that a university education has to supply a much greater knowledge base than any entry level work position will require, but it also has to be a guarantee that a graduate has full control of a portfolio of requisite skills.


My misgiving concerns the growing tendency that I have witnessed in universities to abandon any responsibility for skills training and only minimal concern for exactly what knowledge a student is acquiring.  I have witnessed and been a participant in the lengthy processes involved in attempting to develop a program of studies for both undergraduate and graduate studies.  However, once a program exists, an entirely different level of forces comes into play which will determine exactly what any individual student is going to study and learn in a particular program:


Programs do, of course, specify “required” and “optional” courses, but these requirements tend to be very flexible.  Professors, administrators, and students themselves can get around requirements with equivalences, reading courses, and exemptions according to the exigencies of the moment.   In the end, what an individual student ends up studying (within the very loose confines a program's design) is left to the student’s inclinations and to chance.  As a professor and even as a program director I never once sat down with a student’s complete transcript at the end of her degree to consider if the courses a particular student had actually done, as a whole, made sense.  There was never any discussion of what a student had actually done, how it related to the designed objectives of the program or how it might relate to employability.  This situation, which verges on haphazard, is celebrate in university calendars as students' being able to “customize their undergraduate studies.”