The word “shibboleth” was the original shibboleth.  According to the Hebrew Bible after the people of Gilead had conquered Ephraim, the Gileadites began to exterminate the Ephramite survivors.  In order to determine who was an Ephramite, the soldiers of Gilead would demand that refugees pronounce the word “shibbólet” (part of a plant).  An Ephramite would be unable to pronounce the word the same way a Gileadite would because the Ephramite dialect lacked the necessary phoneme.  (Imagine asking a Francophone to pronounce an English word with a “th” in it, or an Anglophone to pronounce a French word with a “gn” in it, and you’ll get the idea.)

In contemporary usage a “shibboleth” is a word or style or behaviour or custom which identifies you as being part of an in-group--or not.  Postmodern shibboleths are numerous.  If you encounter people who consistently say “discourse” when they mean “theme,”   “the signified” when they mean “the meaning,”  or “deconstruct” when they mean “analyze,” you can be sure you are dealing with postmodernists. 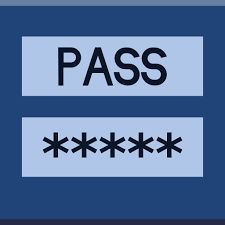 In the not too distant past the ultimate identifier of a postmodernist was the frequency with which s/he used the word “postmodern”--although this might be taken more as the team cheer rather than a shibboleth.  Upon encountering anything that was kitch, ironic, self referential, or lacking unity, coherence and conclusion, the postmodernist would loudly declare, in the hope someone might overhear, that it was postmodern.

The irony of postmodernism is that its only redeeming social value has been the promotion of tolerance, yet the postmodern catchphrase “political correctness”--a hallmark of intolerance--promises to outlive postmodernism itself.  A postmodernist is someone who can tell you, with conviction, to shut up, while arguing in favour of the right to free speech.

One of the postmodern concepts which I have found to be occasionally useful is “the subject.”  In postmodern speak “the subject” stands in for a variety of possibilities:  the self, the individual, the person, the ego, the “I,” and is a strong counterpoint to the soul, the personality, character and spirit.  In attempting to use “the subject” in my writing, I discovered the other side of employing postmodern shibboleths.  Once you have used an established postmodern catchphrase, you are pretty well locked in, by reader expectation, to following with a typical, well-worn postmodern argument about how the victims of power suffer and the terrible things we already thought about power are even worse than we imagined--which is why most postmodern essays turn out to be convoluted on the surface, obvious underneath, disingenuous overall, and incredibly tedious to read.
Posted by Jay Sour at 14:41