The OA in my dreams

After I finished watching the Netflix’s series The OA, I went to bed feeling fairly confused—wondering if I hadn’t just wasted a few hours on a shaggy-dog story.  As often happens to me, I woke up feeling I had a better grasp of the plot. Not very surprisingly, the scene that stayed with me from the final episode was of the trauma counsellor advising Prairie, “the OA,” who had been kidnapped and held captive in a basement for seven years, that her premonitions could be the result, not of magical powers to predict the future, but the fact that she was sensitive to information that she collected without being fully conscious of it, which then organized itself into conclusions about the future which sometimes came true.  In other words, sometimes we know things, but we just don’t know that we know them. 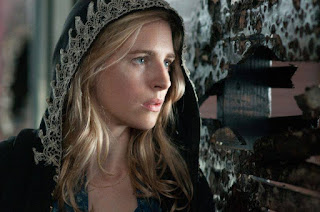 The trauma counsellor’s words rang a bell with me, not just because my brain is sometimes smarter when I am asleep than when I am awake, but because a I used to read palms.  To be absolutely honest, everything I know about palmistry I learned when I was 10 or 11 years old from a booklet that came as a bonus gift inside boxes of Red Rose Tea.  I have held on to the basics since then:  people with stubby fingers are sceptical, with long, thin fingers artistic, and there are lines representing life, romance and intellect. 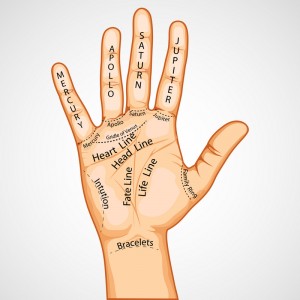 Over the years, I have been surprised by how convincing people found my readings to be.  When I taught in Portugal, I knew I was in trouble when I arrived at the University one day and the department secretary announced there was a woman in my office waiting to have her palm read.  The real problem wasn’t that people were beginning to believe in my palm reading; it was that I was beginning to believe in it.


What the brain does without us

The myth that we use only one tenth off our brains and consequent speculations of our undiscovered telepathic abilities have long been debunked.  However, whether or not we believe in Freud’s hypotheses about the subconscious mind, it is irrefutable that our brains do lots of things for us without our active conscious participation:  regulating heartbeat and breathing, creating pain warnings, telling us when to be afraid, and signalling opportunities for procreation—all done without our instruction or thinking.


At another level there are all kinds of rules that we follow, which seem to bridge the ephemeral divide between nature and culture, which we follow without knowing that the rules exist or being conscious that we are following them.  The grammar of whatever language we speak is a primordial example.  As I never tire of pointing out, the average native speaker of English hasn’t a clue about the rules of English grammar but follows most of them nonetheless.

Structuralism, semiotics and readings of the everyday world

The many things we know but don’t know we know; that is, those rules of human behaviour that we read and follow but do not articulate, supplied the examples in my attempts to juice up my lectures on structuralism.  In literary studies, structuralism was the attempt to make criticism scientific, to move the analysis of literary texts beyond emotional responses or opinions about beauty or as the raw material for studies in other branches of the humanities like sociology or psychology.  For a time, structuralism dominated anthropology which was under the sway of Claude Lévi-Strauss, but it’s origins were in linguistics as practiced by Ferdinand Saussure, which in turn was founded on the understanding that the human brain functioned through binary reasoning.  (See Binary Thinking Versus the Other Kind. ) Saussure proposed that we could create a science of all signs which he called “semiotics.”  There is nothing more boring than a semiotic analysis of a literary text, but the idea that we could read and understand the world around us as a text which could be submitted to semiotic analysis was bound to capture the attention of even the least curious undergraduate.

Most of the examples I presented had to do with proxemics; that is, the study of how people occupy space.  All animals have “rules” for the occupation of space; most obviously,  fight-or-flight reactions.  The circus lion-tamer trained the king of the jungle by calculating the exact distance of its fight-or-flight reactions, then mesmerizing the animal by crossing back and forth across that line.  The snake charmer used the same technique, waving a flute back and forth, in and out of the cobra’s attack distance paralyzing it into immobility.  The rules for human beings are equally obvious but are made vastly more complicated by culture.


The rules of personal space

You can get a sense of how much you know without knowing you know with this thought experiment.  Imagine you enter a room where a group is gathered.  If you can accurately visualize the gathering, you can also make some pretty good guesses about the role each individual is playing in the group.  Right?  You can immediately pick out "the leader,"  "the supporter," "the opposer," "the alienated loner," etc.  Now imagine there are only two people present--a man and a woman.  Consider what you might guess simply from their body language and how they occupy space.  If they are standing within two feet of each other, you would wisely surmise that they are in an an intimate relationship.  (One of the oldest anecdotes on breaching the personal “space bubble” tells of a meeting between Arab and American business men in a large conference hall.  For Arabs the comfortable conversation distance was six inches, for Americans twenty-four.  As someone wryly observed, with Arabs inching closer and Americans backing away, “the meeting looked like a ball-room dance competition.")  If the imagined couple is standing perpendicular to each other, theirs is a friendly, bordering-on-intimate relationship; face to face, they are in confrontation or debate.  If she is sitting at a small desk and he is standing:  student-teacher or something analogous.   If he is sitting at a big desk and she is standing, he is a boss and she an interviewee, or something analogous.  The bigger the desk the bigger the boss.

These clichés wax and wane and change with time.  Sometimes they become rigid and highly codified.  My first teaching job, I occupied a cubicle next to the “furnishings” sector of the Canadian Treasury Board and Department of Finance.  Through skilled eavesdropping I discovered that the size of an employee’s desk and the number of inches of carpet space s/he was entitled to were directly tied to the employee’s rank within the civil service—and there was a manual of directives spelling out the exact measures to the square centimetre.  In Henry James’ novel, The Portrait of a Lady, the climax comes when the heroine walks past an open door and glances into a room to see her husband sitting while talking to a mutual female friend.  This breech of etiquette, a gentleman sitting while a lady stands, was so codified that the heroine immediately understood that her husband and the lady were lovers. 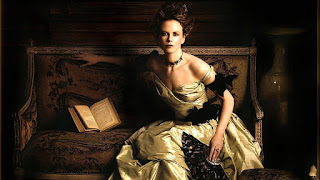 I was an immediate fan of the television series Lie to Me because I felt it was likely based on someone’s real-life scientific claims.  Sure enough the series is loosely based on the work of Dr. Paul Ekman.  The social-psychologist Stanley Milgram also made a career of studying the behavioural rules we follow without ever knowing or acknowledging their existence.

On the concupiscence front, men are attracted to women with dilated pupils because, though most men remain unaware, dilated pupils are a sign of sexual arousal.  George Eliot (aka Mary Anne Evans) was meticulously discreet and euphemistic in her treatment of matters sexual, but when I read this line—“her face bent toward him, her eyes dilated, her lips parted”—I had to ask myself, “Was Eliot telling us that Gwendolen was sexually aroused as she confessed to Daniel Deronda that she had just killed her husband?”

Women, we are told, are lured by men whose body language is expansive, claiming extra space.  We are all attracted by phi and symmetry, even those of us who don’t quite know what phi and symmetry are.  And then there are smells and pheromones that tell us who and when to love.  The number of things we don’t know we know might be greater than what we know we know.  However, before we succumb to species vanity about the unexplored potential of the human brain, consider this article on “machine learning” published recently in The Economist which describes algorithms and software capable of predicting human behaviour much more elaborately and precisely  than we can.  The article references the movie Minority Report,  then concludes that “machine learning” will have to be fine turned so that our futures will be like the Minority Report but without the mistakes. 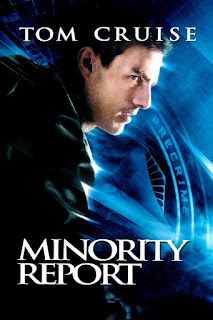 Tina Turner heard it through the grape vine.