What kind of underdogs?  Pit bulls, I hope.  I read Malcolm Gladwell’s David and Goliath:  Underdogs, Misfits and the Art of Battling Giants recently and, as usual, I found myself endlessly bobbing in agreement, especially when Gladwell talks about education, which he does a lot.

Much of David and Goliath is on a theme that I have passively been considering as a book subject for years.  (Ahh, indolence!) Though the themes and education examples might be similar, my point of entry would have been much different from Gladwell’s.  I wanted to develop an idea I first encounter in E.F. Schumacher’s Small is Beautiful:  “the concept of enough.”  The problem with capitalism, the reason it is destined for eventual and inevitable failure, as Schumacher argues, is that it is based on a belief in infinite growth.  The idea of “enough” is anathema to capitalist greed, to the idea that more is always better, and to Ayn Rand’s and her acolyte Alan Greenspan’s (Chair of US Federal Reserve 1987-2006) notion that selfishness is a virtue. (See Ayn Rand, The Virtue of Selfishness, 1964.)

In his book, Galdwell adopts a more cogent and, from what he writes, well established conceit of the “inverted U.”  An “inverted U” is what you get when you graph the results of increasing some “x” in order to get benefit “y.”  At a certain point the benefits of x begin to produce less significant y benefits, and ultimately too much x begins to create disadvantages.  An obvious x example might be food, and the y benefits health.  (This is my example, not Gladwell’s.  Yes, I dare to out-simplify Gladwell!)  The availability of food benefits health up to a certain point, then the benefits become negligible and ultimately the over abundance of food can produce negative health results like obesity and diabetes, etc. 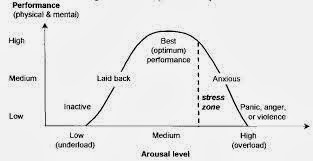 Gladwell’s salient examples are, of course, unexpected and much more surprising (which is why he is always so interesting to read):  class size and money.   I can absolutely relate to both, and it was satisfying to see my own foggy intuitions clarified and even quantified.  As a counterpoint to endless debates about “the poverty line,” in my book Enough (yes, the one I haven’t written!), I wanted to answer the question:  “where is the comfort line?”  How much money is enough?  With his typical nonchalant boldness Gladwell gives us a number:  $75,000.

Statistical studies researched by Gladwell indicate that there is a direct correlation between between happiness and money up to an income of $75,000 per year.  Between $75,000 and $100,000 money does not seem to significantly influence happiness, but people who become abundantly wealthy frequently report that their wealth has become a source of unhappiness, the cause of new and challenging problems in their lives and the lives of their families.  As Robin Williams once joked about the Hollywood crowd, “Cocaine is God’s way of telling us we are making too much money!”

Gladwell also points out that for decades politicians and administrators have been obsessed with reducing class sizes in American classrooms—but downsizing classes hasn’t resulted in improved performance in the educational system.  Gladwell’s interviews with teachers and statistical data amply demonstrate that smaller class sizes do not translate to better teaching and learning, and I would be quick to agree. High-school teachers Gladwell interviewed reported the ideal class size to be between 18 and 32 students.  A class of fewer than 18 students can be as big a problem as a class that is too large.

I have always felt that I would rather teach a class of 60 than a class of 6 (having done a lot of both), but I was never able to explain that feeling to myself—especially since the class of 60 would demand more than 10 times as much energy, preparation and correction.  The basic ideas which Gladwell raises, and which fit with my experience, are 1) that you need a certain mass in the room to guarantee that there are 5 or 6 people ready to question and debate what is being taught, and create a classroom dynamic and 2) students need to feel they have a peer group in the room in order to learn.  This second idea implies that if students feel they are not up to the level of the group, they will tune out.  The student with the courage and gumption to ask the so-called “dumb question” (which in my experience always ends up being the most profound, insightful and challenging question) is a valuable asset in every classroom.  That student who dares to ask the ostensibly simply, redundant, intuitive, knee-jerk question is not only energizing the room and providing a teacher with the opportunity to summarize, clarify and repeat information (repetition is the essence of education), but is helping to maintain  the participation and confidence of students who would otherwise simply turn off.

In the past, when I have questioned my preference for larger classes, I came up with a number of my own potential reasons.  One of the reasons I considered was my possible “messiah complex”; that is, that I was sacrificing myself for the greater good, the good of my colleagues.  Throughout my career the university was obsessed with budgets, which means saving money by having larger classes.  By teaching larger classes, I thought I was allowing my colleagues to teach smaller classes while overall we maintained a good average class size.  However, no colleague ever thanked me for teaching a larger class.  On the contrary, teachers of my ilk were openly criticized for selling out to the administration, making large classes routine, and thereby putting pressure on everyone else to teach large classes.

When my first rational would not hold, I had to admit that the satisfaction I derived from teaching larger classes was narcissistic, a hold-over from days working in the theatre.  A full house appealed to my ego, all the more so when the audience was full of charming young people and I was a one-man show.  True enough, but ultimately I decided that I liked teaching large classes because it was more work.  I will need an analogy/allegory to explain, which, I suppose, is sort of my version of the inverted U.

The title of my fable is:  “The Three Waiters, and the Three Tables.”  One of the jobs I never mention in cvs is the three years I spent working as a waiter and bartender.  I consider that experience to have made a valuable contribution to my teaching.  However, the analogy is also based on my experience of being a customer.  Here it is:  you go into a restaurant and there is only one waiter and there are three tables full of customers, but you end up getting quite good service.  However, you go into the same restaurant on another day and there are three waiters working and you are the only customer, and this time the service is terrible.  What happened?

For anyone who has worked in a restaurant the logic, though counterintuitive, is quite clear.  There are “down times” in the serving business when there aren’t many customers, so it’s the time to refill the salt shakers and clean the counter and straighten out some business with the other waiters who usually don’t get much chance to talk to each other.  In other words, serving the customer which, if the waiter were alone and busy, would be his number one priority, in this new and more generous circumstance drops down to priority number three or four.  Add to that, three waiters with only one customer know that they are not going to be getting rich tips and are likely to be more lethargic than motivated.

The same logic applies to teachers and teaching.  Teaching too little and too few students can result in a gearing down, a loss of commitment, focus, energy and motivation.  This is a malaise that is all too prevalent among tenured university professors where the system encourages, if not requires, that they make teaching a third-or-fourth-level priority in order that they succeed at their careers as researchers or administrators or in their careers outside the university.

Obviously there are lots of exceptions to the argument I am presenting here.  Class size has to depend on who and what and how you teach.  A teacher who knows the students, the subject and the pedagogical methodology is the person best qualified to determine an optimal class size.  Unfortunately, on one hand, class size and teaching hours are typically determined by administrators who, no matter how good they once were as teachers, inevitably come to be governed by a system of administrative values like uniformity, orderliness, standardization and economy. On the other hand, unions, collectives and some individual teachers will inevitably lobby for and negotiate smaller classes and fewer teaching hours.   Good teachers, those determined to do the job the best way they know how no matter what, will find themselves, sooner or later, in the position of underdogs, Davids forced to find a way around the Goliaths who are always getting in the way.
at February 18, 2014